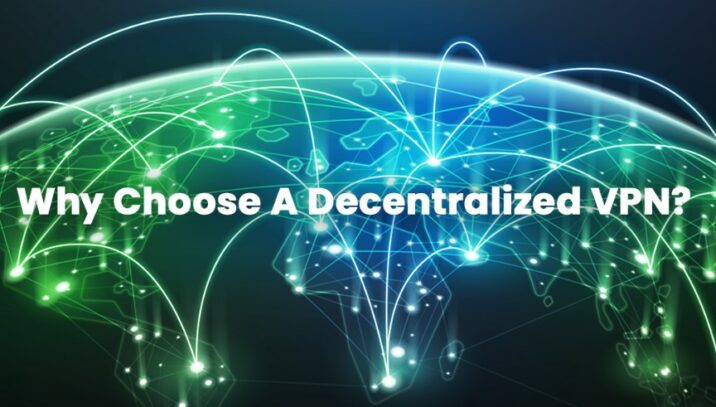 VPNs are considered the key to unlocking websites and hiding your internet activity from Internet Service Providers (ISPs), Cellular Network Providers, hackers, and even the Government. But do VPNs really grant uncensored access to all websites? Do they really protect you from threats in the vast cyberspace?

There are limits to what a VPN can do. Though some VPN providers adhere to protecting user data, some maintain activity logs of their users. They are not free of the regulatory hammer and censorship. There have been cases of VPN censorship in several jurisdictions.

So, how can we prevent censorship? Shouldn’t the internet be free for everyone to use? Absolutely. It should. Because that’s the ethos on which the Internet was founded. But with incessant censorship and blackouts, can we find the light at the end of the tunnel?

There are several open-source projects that are working towards providing a censorship-resistant open-source P2P VPN service. P2P VPNs aren’t centrally controlled and thus they don’t have a central point of failure. They aren’t owned or managed by a company and do not keep activity logs of their users.

Centralized VPNs are companies that provide VPN services by masking your IP and routing your requests through their servers.

In this case, your connection would be routed through a server maintained by the VPN service provider. Thus, the website you’re trying to connect to will see a different IP address than yours, enabling you private internet access.

But here’s the catch. Since the servers that receive your request are centrally managed, the VPN service providers can see your original IP and log the information about your location and identity.

Decentralized VPN services, on the other hand, use what is called onion routing to route your connection through relay nodes in a decentralized network. The relays encrypt your connection along the way such that the original IP is not visible to your ISP or the destination. The relays don’t maintain a log of the users who connect to the network, thus your IP, location, and identity are protected at all times.

Here’s an article that talks about the differences between centralized VPNs and decentralized VPN services based on onion routers in detail.

Open source VPN services provide a free to use code base without intellectual property restrictions for the community to use and develop. Most decentralized VPN services are open-sourced.

Did you know that The Great Firewall was once called The Golden Shield Project? The Republic of China began restricting access to certain internet content from within its borders in 1996.

Internet censorship in the Chinese Republic has been around for so long that it has changed the way people in China use the internet. For instance, while the rest of the world use Google, YouTube, Wikipedia, and Reddit, the Chinese people are accustomed to using Baidu, Youku, Baidu Wiki, Weibo, and other alternatives.

While this helps them develop the local tech industry, it is also a tool to severely restrict and limit the free flow of information. Yes, the Great Firewall has not spared journalism. Popular news websites like The New York Times, The Guardian, and the South China Morning Post are also blocked.

Residents of such countries use VPNs to bypass the restrictions. They use VPNs to unblock the services that are otherwise blocked.

Thus a resident of a politically oppressed country with extreme demarcation on the Internet would naturally depend on VPNs on a daily basis.

However, countries like Iran have gone a step further to prevent the use of these VPN services. There’s a silent war on VPNs that’s been inhibiting free speech. China, Iran, India have introduced laws and tools that prevent the operation of VPN servers. The 2022 CERT-in mandate in May this year requires VPN companies to maintain a log of their users in India for no less than 5 years. This log includes a users,

This would reveal the kind of device you’re connecting from, your device IP, the websites that you visit, and even the purchases that you make. This prompted the centralized VPN companies like ExpressVPN, NordVPN, ProtonVPN, and SurfShark to pull the plug on servers in India.

But all is not lost. Decentralized VPNs are here to save the day.

BelNet doesn’t log information about users. There are no central actors to log this information. Masternodes or relays on the network cannot see the incoming traffic. Your IP, location and other personal information remains safe at all times.

BelNet essentially adheres to the three main functions of a VPN,

Masking Your IP & Location: Your IP address is hidden as it is routed through the nodes on the Beldex network.

Unblocking Websites & Content: Irrespective of your geographic location, you will be able to access geo-restricted websites and content such as video streaming platforms.
Encrypting Your Data: Your data is encrypted at each node via BelNet’s onion routing protocol.
With the introduction of BNS domains, you can host your own MNApps on BelNet. You can find more information about BNS domains in this article here.

There is no need for you to provide your email address, phone number, or other personal data. BelNet is free to use and is available on PlayStore. Subscription services on BelNet will be introduced at a later time, however, it will still not require your personal information. Subscription services are designed to ensure that exit node operators on the network are rewarded for the bandwidth they provide. A cross-platform desktop version of BelNet will soon be launched.

Protecting Yourself from Hacks, Malware & Viruses

VPNs do not protect you from malware, viruses, or hackers. Centralized VPNs on the other hand are prone to hacks. Last year, hackers exploited several vulnerabilities on Pulse Secure VPN that allowed them to bypass two-factor authentication and pilfer credentials. This in turn gave them access to other sensitive information.

Decentralized VPNs share the security of the underlying network and are only as secure as the network they are built on. BelNet, which is built on top of the Beldex network, is supported by over 1000 masternodes that relay network traffic. A significant collateral needs to be invested into setting up a masternode which would be slashed if the masternode were to undermine the network. This prevents them from acting dishonestly.

The most a malicious node could do is not relay a connection request or reduce the bandwidth that it provides which would result in its decommission or deregistration.

VPNs secure your connection with the website that you’re visiting. They do not provide a firewall against the malware and viruses. To protect yourself online even while using VPNs is to stay agile and follow best online security practices.