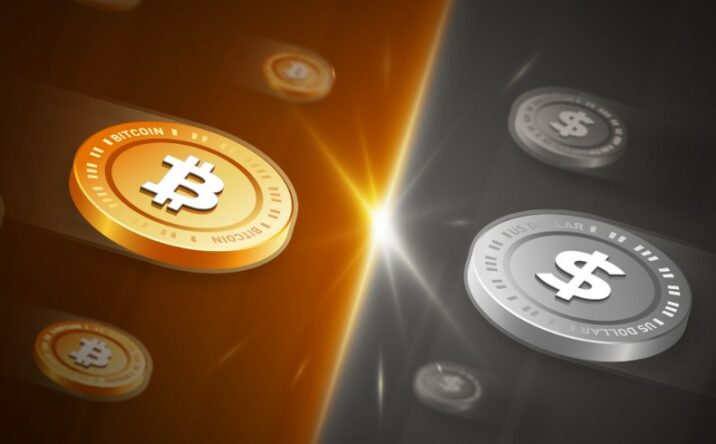 As we have witnessed in the past decade, the store of value (SOV), or the “digital gold of the 21st-century” narrative of Bitcoin (BTC) has not played out as early adopters had predicted. Given the high correlation between BTC and tech stocks, BTC is generally treated as a risk asset.

To be sure, the price of the BTC to the US dollar (USD) has gone down to the $19,000 to $20,000 band, down from the all-time high of $68,000 at the height of the bull run. Amid the current bearish macro environment for risk assets, investors are not rushing into holding more Bitcoins, merely making the SOV narrative a meme.

The above is the current narrative and consensus of the market. To outperform, one has to hold a different view and that view has to play out more accurately until consensus has changed.

Have we asked whether it is accurate to use the strength of the USD as a predictor of the value of the BTC? Why hasn’t gold, which has been one of the default alternatives in times of crisis, performed well despite the war, inflation, and equity meltdown? Why hasn’t the SOV narrative of BTC played out?

The answer is that investors don’t see the need to seek an alternative monetary system as fiat money like the USD has been holding a strong value in terms of purchasing power. For instance, the US money supply grew by 3.8T in 2020, or 20% of all dollars ever created due to extensive quantitative easing (QE). Even then, inflation rates have been low.

However, we are seeing a regime shift where inflation could be more than a covid hiccup. It could be a structural shift to a high inflation regime pushed by a shortage of labor (the great resignation, quiet quitting), an energy crisis (Russia war, decade of underinvestment in fossil fuels), and a low supply of goods (decoupling of China, onshoring manufacturing of semiconductors).

The USD is only strong because the Fed has remained hawkish in its policy rates and never blinked. However, there is a chance in the near future that inflation rates will be stickier than predicted while low economic growth and high unemployment start to be the new normal. If ever, the first test in decades for modern democratic governments is to identify which path to take.

History tells us that governments always choose the easier option, i.e., printing their way out. However, QE in the low inflation regime that we experienced in the past decades is entirely different from a high inflation environment.

Once this can of worms is opened, it will mark the start of fiat debasement. Look no further than the UK, the mini-budget from the new government is a good example of how the Sterling (once the world’s reserve currency) turned into a shitcoin.

As we have observed, with the third-straight three-quarter-point rate hike last month, the Fed is still hawkish and so all value is credited to the USD. We are not so confident that the Fed will keep its hawkish tone at the same time next year, in a much worse economic outlook. In this scenario, the SOV narrative is going to be more relevant than ever. The SOV narrative is only a meme now but we see a good chance it turns into reality next year.

We will be watching closely to see signs that the narrative is catching on and will be giving updates as this plays out. What an amazing time to be working at the intersection of geopolitics, economics, and technology.