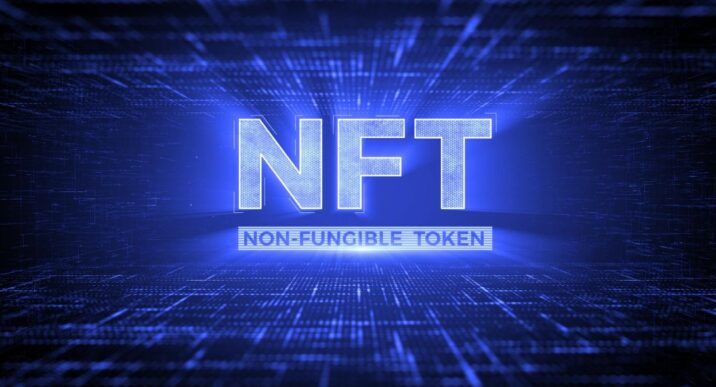 Over the past three years, the crypto market has experienced a dramatic boom, the appearance of a variety of sectors in the industry, trendy and popular fashions. One of these trendy sectors has been NFT.

A bubble, which many called the hype to sell/buy/create NFTs, eventually burst. The fashion is gone but the technology remains and the technology will be useful not only in copyright protection but in other areas as well.

To understand what possibilities this type of token has, we need to understand what it is. NFT stands for non-fungible token. What exactly does “non-fungible” mean? A token is non-fungible because there is no identical token with the same data and specifications. Regular blockchain tokens are interchangeable and can be exchanged without loss of value like 1 DEL for 1 DEL. In NFT, each item, has its unique sequence number, creator, metadata, network in which it was made, smart contract, etc. In other words, a non-fungible token exists in a single piece, it cannot be tampered with or reformatted and assigned to yourself unless you are the owner of the object.

We all know that there is a work by the famous Russian avant-garde artist, Kazimir Malevich, called the Black Square. Everyone knows about the copyright of this painting and where the original is. But, most importantly: it is impossible to trace the entire history of this painting’s movements, where it has been, to whom it belonged, where it appeared, and whether or not it is authentic. But if a painting of such value was assigned to an NFT, its owner could be assured of legal rights to the work. Of course, even if a real object with its value is assigned to an NFT, there is no full certainty that the object is genuine. Still, when the originality of the work is established, the NFT owner would be able to claim the painting.

How does NFT work?

Like many things in the crypto industry, NFT became possible with the launch of Ethereum. Just like with the ERC-20 standard on the Ethereum network, NFTs also have their own token standard to move more freely across networks. For example, tokens can be freely sent from address to address when bought and sold. What is remarkable about NFT is the uniqueness of each object and the absolute transparency of the event history of a particular token. All owner, object and metadata information is stored and remains unchanged. This is exactly what has helped it gain sharp and widespread adoption precisely as a tool for digital artists. After all, a token can only be created once and only belong to one owner and creator. Isn’t that amazing and useful?

Even though all the pictures, videos, music, and etc., can simply be copied and saved to yourself and then released on one’s own behalf, it will still be possible to find the creator of the copied object. Thanks to the immutable address of the owner, the smart contract that is linked to the NFT and the information in the blockchain that was recorded after the creation of the token.

What else could NFT be used for?

So, if we set aside the field of visual digital art, and think about where NFT could be useful. There are plenty of such uses:

Limited edition collectables — collecting them is similar to conventional, classic collectables. A limited edition collection of sculptures could be released to mark the birthday of a famous sculptor. But it is also possible to produce a limited edition collection of special objects. For example, you – create and sell toys, in this case, you can release a collection of graphic 3D objects of toy parts, fix these objects to real objects that can be assembled together and get a new toy. By purchasing an NFT from you, the customer will receive not only one handmade object but also the right to own that object. Your customer will be motivated to buy more parts to assemble a doll, for example. And yes, you can create your NFT in picture, sound or video format here.

Game object is a so-called “loot” in games or additional materials (characters, places, locations, equipment, tools) for computer games. NFT in games has formed a separate trend in the industry, GameFi. Users can get NFT in the game or buy additional items on marketplaces, usually special marketplaces for in-game token exchange. What does the game creator get? NFT games creator gets interest from his target audience (who of the players has never thought of selling or buying special objects for the game?), active participation of the users in the project development and additional funding through buying and selling tokens. How will it be interesting for the user? The user can earn within the game, i.e., get tokens by completing certain tasks, passing challenges and raising their level. After receiving tokens, the user can immediately sell them on the internal market and gain cryptocurrency from this, which can also be withdrawn into fiat money or used to improve their equipment or character in general. The gaming industry is diverse and in fact, everyone loves to play games, all that remains is to let go of your imagination and understand your target audience!

Identifier is a token that gives you access. For example, you are the owner of an online shop and you want to make a closed sale with a good discount for your customers who make the most orders on your platform. How to invite a certain circle of people? Release a limited number of NFTs that your users can buy. When the sale starts, make a special entry for participants, where the main identifier will be the presence of a token. Another example is you are a moderator of a crypto community, and a limited group of people have access to it. How can you check if each participant is a spy among them? Give members of that community a chance to buy a collectable NFT, which they will use for logging in.

Real physical objects — the user buys an NFT and additionally gets a real version of the object. As already described in the first point, a limited edition collection can be released not only digitally, but also physically. The real object in our world is assigned the corresponding NFT. In this case, the use of non-interchangeable token technology depends on your wishes and requirements.

Music and films are a separate use of NFT, much like digital art. The creator is assigned the source address, and the NFT buyer gets the original content, which they can sell or keep for themselves. On the BIT.TEAM exchange you can create your NFT in picture, video or soundtrack format. Decimal’s DEX will be ready soon, on which it will be easier and more convenient to exchange your own NFTs, and you can create them now in the Decimalchain console.
In addition to all of the above, NFTs are having all kinds of new uses, one of the most notable being the staking of NFTs and then gaining access to new tokens. This method is still in its infancy and has not established itself in the market.

With the emergence of great competition and the variety of services and platforms on offer, the trend towards a user-friendly and functional application of technology has begun, so that the end user can create their own product without preparation. Under the current cryptowinter in the crypto market, a project needs an idea, functionality, multitasking and real-world applications of the technology to survive. Fashion does not prescribe genuinely right and useful directions, so we recommend you focus on your ideas, and with Decimalchain it is easier and more convenient to implement them!