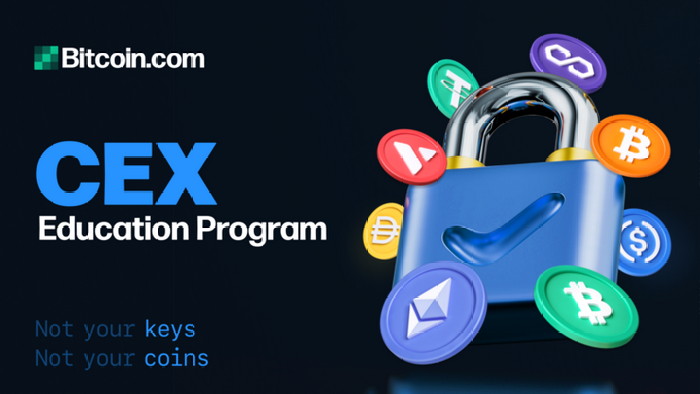 Bitcoin.com announced the creation of a program that will reward people affected by centralized crypto company insolvencies while encouraging the adoption of decentralized finance and self-custody. The CEX Education Program will draw its resources from Bitcoin.com’s wallet token VERSE, which is launching in December. Five percent of the total VERSE token supply is dedicated to the program.

Victims of FTX, Blockfi, Celsius, Voyager, and other failed centralized entities will be eligible to claim a reward from the CEX Education Program by signing up at getverse.com. In the future, Bitcoin.com will continue to use the program to assist victims and incentivize them to onboard to self-custodial products.

“With slick UX, logos on sports stadiums, Matt Damon commercials, Tom Brady endorsements, and big ‘guaranteed’ returns, the lure of CeFi is strong. But as we’ve seen, lack of transparency in the centralized model, whether it be in crypto or tradfi, is an enabler for the gross mismanagement of customer funds and, in some cases, blatant fraud,” said Bitcoin.com CEO Dennis Jarvis.

“Centralized companies masquerade as ‘crypto,’ but in reality their business model relies on separating users from their coins, which is antithetical to the entire proposition of crypto. Bitcoin and decentralized finance are transformative precisely because they empower people to take custody of their assets while at the same time enforcing radical transparency in the underlying financial infrastructure. The CEX Education Program is an effort to provide the incentives needed to encourage the transition away from risky centralized exchanges to self-custody, where the real benefits of this technology lie.”

Bitcoin.com has a long track record of being a vocal supporter of self-custody. The Bitcoin.com Wallet, which provides a safe and easy-to-use self-custodial experience, has served as the gateway for millions of newcomers to the space. Users hold their own private keys, which means they are not at risk of fraud or mismanagement of their funds — as they are when they forfeit management of their cryptoassets to centralized entities.

Now, with more than 35 million wallets created across five blockchains — including Ethereum, Avalanche, and Polygon — the Bitcoin.com Wallet constitutes an important retail gateway to DeFi. Bitcoin.com’s commitment to DeFi is bolstered by VERSE, which will reward participants for buying, selling, storing, using, and learning about cryptocurrency while supporting those who are seeking accessible onboarding into the self-custodial model.

The implosion of FTX and Alameda strengthened the Bitcoin.com team’s resolve in their mission to help create economic freedom by building the tools people need to safely engage in decentralized finance.

“Despite this and other implosions occurring in CeFi (not DeFi), it’s nevertheless a black eye for the whole industry. Many who got burned will leave, and many more still on the sidelines will view it as a reason to stay away – and that’s a real shame because decentralized finance is a force for good. Bitcoin.com has decided to do something about this situation that will extend some sort of recompense, promote the foundational tenets of self-custody and DeFi, and help build back this industry stronger than ever.”